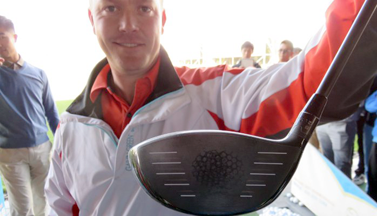 Most of us think of K-VEST as being a movement analysis tool whose primary uses are for golf and functional movement. I’d like to address another use, albeit an uncommon one, for 3D motion analysis: club fitting.

Since I began to use 3D in the club fitting arena, I have actually started to change my language to “equipment optimization.” To me the term “club fitting” denotes making the equipment match the current golf swing—and by no means do I think that is a bad thing. In contrast, though, to me equipment optimization is about using 3D motion capture to evaluate equipment properties such as length and shaft weight in order to understand which combinations allow golfers to make their most efficient movements.

Put more simply, instead of aligning basic equipment properties to the current motion, we can optimize the movement pattern by manipulating the equipment. A simple example would be testing length and lie to optimize the address position.

A more complex example involves testing shaft weight. It’s a common assumption that a lighter shaft will move faster, but this is not always the case.

Nearly a year ago I began to conduct testing with golfers of all levels as they swung different shaft weights. My testing set includes 55, 65, 75, and 85-gram shafts. Of the 30 golfers tested, there were only two that achieved maximum club head speed with the lightest shaft.

Another way of saying the same thing is that when the shaft got too light, the transition sequence broke down, resulting in a less efficient golf swing. Increasing the shaft weight seems to have a minor effect on the total weight of the club as it relates to a player’s strength level, with a 10-gram increase in shaft weight increasing the total weight of the club only about 3%. Finding the optimum shaft weight improves the player’s kinematic sequence, thereby yielding a potential speed increase without requiring any additional physical effort from the golfer.

So the next time you are fitting the players whom you coach, I would strongly suggest that you suit them up in your K-VEST to see which club specs increase the efficiency of their movement patterns. From there you can match things such as lie, loft, and grip size to optimize their direction control. 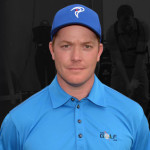 Liam Mucklow is a lifelong passionate golfer whose love for the game has taken him around the globe. His experiences includes: being named the 2014 PGA of Ontario Teacher of the Year, 2014 PGA of Canada Teacher of the Year, competing in the World Long Drive Finals, playing professional golf tours across North America and Asia, working on a PGA Tour Van, being involved in R&D at a golf shaft manufacturer, and of course, coaching. In 2009, Liam founded The Golf Lab in Toronto, Canada, and grew that business around quantifiable improvement.