Use Tech to Maintain Coach and Student Accountability 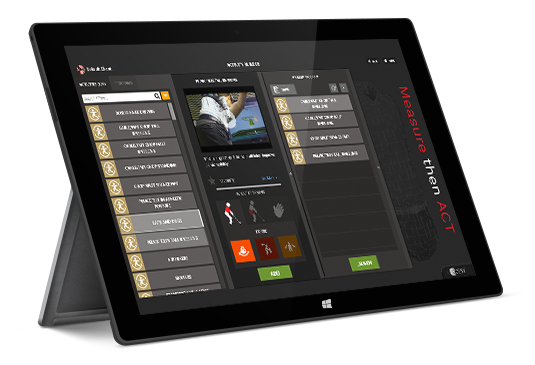 I feel as though recently there have been more pundits criticizing technology for the woes of golfers not performing their best. And I’m not just referring to top touring professionals, but also average club golfers.

I don’t disagree with the fact that many golfers get worse after being exposed to current “pop-tech” like K-VEST, TrackMan, BodiTrak, V1, and other top technological resources available to anyone with a bankroll.

However, I do take exception to the idea of technology being the culprit, with little to no blame focused on the operator. It is absurd to me that these pundits do not even consider that there is no “license” required to operate any of the aforementioned devices.

Imagine a world where someone could buy a Ferrari with no license or driving experience, and, even more ludicrously, that they could become race car driver instructors simply because they owned a race car!

Coaching Golf with Accountability and Objectivity

When I try to come up with a blanket statement on the role technology should play; the words I keep coming up with are objectivity and accountability.

Objectivity is fairly simple:  current golf technology of all varieties simply tells us what happened, not what to do. Therein lies the crux of the problem. The technology merely reports on objective facts, and then it is left up to the interpreter to determine how to make the information more functional in terms of scoring.

Also, rarely do I see instructors using technology as an interface for communication where the subject matter is positive. So often the scenario is the instructor telling students how they differ from the average data accumulated from PGA Tour players.

I find the subject of coach and student accountability far more interesting. Yes, I’ve always found the biggest benefit of technology to be the ability to measure objectively. Sorry if this is starting to sound redundant, but the key difference in my perspective is that I’ve used this objectivity to maintain student accountability in my golf coaching programs. 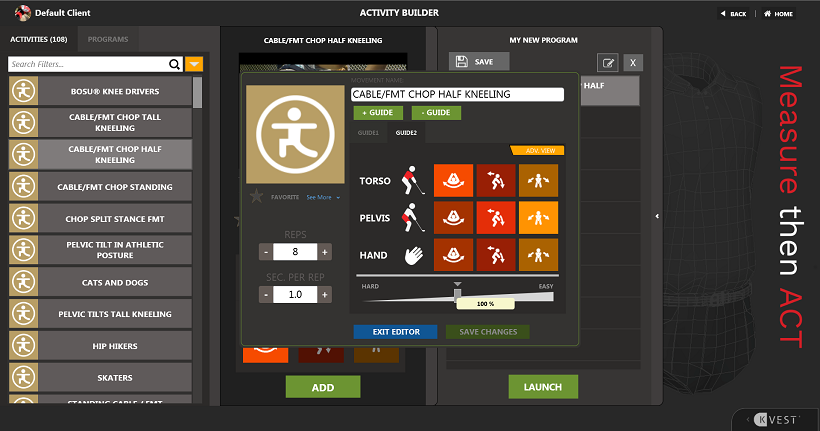 Structuring regular testing (as measured by technology) into my coaching allows me to ensure that golfers are following the swing exercises set out in their training program. After all, as most of us golf instructors know, if our clients did what we told them, they would all get better. This statement could be taken as cheeky, but I think there is a lot of truth to it.

In fact, this issue of accountability brings to mind one of the more challenging students I’ve worked with over the past few years. This individual is a talented athlete, but at the same time was his own worst enemy.

Transition sequence is the most important performance element of his golf swing but, like most players, he would get distracted by all the other things he could work on. We all have that one student who has too many magazine subscriptions and wanders off course during their time between lessons.

This gentleman was no different. My solution became using K-VEST as a means to breed accountability into his training. He became conditioned to know that at the start of every session he would be suited up and his transition sequence tested.

After five or six times it became apparent through both his language–and his K-VEST graphs–that my strategy was working. Using technology as a means to build accountability for his transition sequence helped him stay focused on the task at hand.

My challenge to instructors and students alike: use technology as a medium to test you both.

Coaches, use technology in sessions to ensure that your prescription has the desired effect on your students’ Key Performance Indicator. Students, use the testing imparted by your coach as motivation to commit to preferred practice routines. I believe that if we use technology to its potential we will suck a little less. 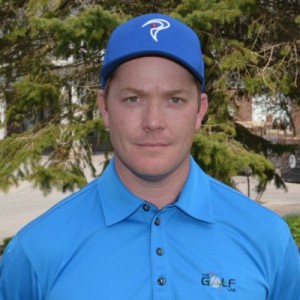 Liam Mucklow is a lifelong passionate golfer whose love for the game has taken him around the globe. His experiences includes: being named the 2014 PGA of Ontario Teacher of the Year, 2014 PGA of Canada Teacher of the Year, competing in the World Long Drive Finals, playing professional golf tours across North America and Asia, working on a PGA Tour Van, being involved in R&D at a golf shaft manufacturer, and of course, coaching. In 2009, Liam founded The Golf Lab in Toronto, Canada, and grew that business around quantifiable improvement. MucklowGolf.com