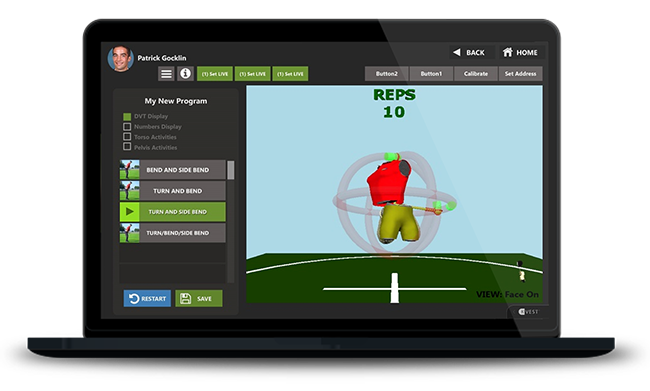 When Toronto Blue Jays ace Marcus Stroman blew out his ACL during spring training this year, nobody expected him to be back this season… except Marcus himself.

Stroman’s rehab took six months (three to four months fewer than the average), and was aided by a few pretty amazing doctors, determination, and some cutting edge technology.

The medical professionals who treated Stroman at Duke University’s K Lab focused on perfect technique and body position as a foundation for this miraculous recovery.

“They have him (Stroman) wear a K-VEST, a bio-feedback tool featuring wireless sensors on his hips and feeds into a laptop which presents an onscreen rendering of Stroman’s posture.

If his form is good the computer plays heavenly music, but as soon as he shifts too far in one direction or loses stability, the music stops. Stutt and Hoffman make Stroman repeat exercises until he can perform them consistently with the heavenly music playing.”

The idea wasn’t just to re-teach Stroman how to use his knee, but also use wearable technology to build a better athlete.

Taking an incremental approach to adding stress to the regimen allowed the doctors to monitor stress and achievement constantly.

Using K-VEST as one of the tools in Stroman’s rehab, the doctors were able to know exactly when the next step could be started. No guesswork, no feeling their way in the dark, just results-based rehabilitation.