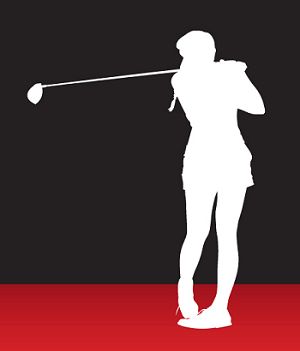 My wife and I are the parents of “Player Number One.” Our daughter is the first junior golfer to have complete access at home to the new K-VEST biofeedback training that is in K-VEST 7.0 and K-PLAYER. This has enabled us to run an unofficial, early, quick study of how the new biofeedback training impacts a golfer’s performance. The results, to date, although early, have been quite encouraging.

The background on Player #1: the athlete is a promising junior. It is too early to say how good she will be, as it is with all young players. Our family and our family’s coach are focused on long-term athletic development. Golf is one of our daughter’s sports, not the only sport. This past summer we made sure that, in addition to playing golf, she attended a multi-sport camp.

In golf, she had a good summer season, winning four local age group tournaments with 15-20 participants each. In the fall, we encouraged her to join the school soccer team for further development as an athlete and to have some fun. Growing as a competitive athlete is a marathon, not a sprint.

Our daughter, not unlike many junior golfers, has three common swing flaws that her coach (who is awesome, by the way) was quick to identify: a backswing that is too long, a path that is too inside-to-out, and an attack angle that hits up on irons.

To work on these, our daughter’s coach prescribed three drills on K-VEST:

The training sessions were very easy to conduct. Our daughter put on the garments while I turned on the K-VEST 7.0 software. From the home screen I navigated to the client profile page, loaded her profile, and then went to the Live Training Screen. I called up the program. The three drills came up in the Activity Manager, and it was time to train.

The avatar on the screen was all set to run the first drill, Bend at Address. What was interesting here is that my daughter has a tendency to slouch at address and only when she got into posture by hinging at the hips would the biofeedback music play. One of the great things about the biofeedback training is you really can’t cheat. As she did each repetition correctly, a pleasant tone played, and a rep was counted off. After the set of ten, the software moved automatically to the 20-40 Takeaway Drill.

In this one, if our daughter used her arms to initiate the takeaway, there’d be no music. The music would play only when she engaged her core and took the club away with her upper body. It was quite frustrating at first, but eventually she got the hang of it.

After a set of 20 of these, the software went to Side Bend at Top, which would count a rep only if the orientation was right, meaning that our daughter had neither over-rotated nor under-rotated at the top of the backswing. I remember one day clearly when she said, “Wow, now I know what it means to have the weight loaded on the inside of my right foot at the top. I feel like I have so much power stored.” Every time, after the first set, she did a second set. Some days, when she was in the zone, she would do a third set. It just depended on how she was feeling that day.

Some days were easy and others more difficult. Each of the drills had easy days and tough days. Some sessions were smoother, and others more challenging. One nice part was how it became a shared struggle to get the reps done right. It was, “I can’t do it, Dad, help.” My daughter did the problem solving and I was there to help, only if called upon.

Eventually I figured out how to bring up numbers on the training screen to help us figure out where she was out of range. And it was only after she really had the hang of it that we even thought about making the drills easier, which we could have done with a simple slider. After about the fourth session, my daughter took over the whole process. The new software worked and has continued to work smoothly and reliably.

After roughly four weeks, I was using the Trackman launch monitor for other purposes and forgot to turn it off when my daughter went to hit balls into the net in our home. After she was done hitting balls I had a big beautiful shock. Our daughter’s Trackman numbers had always been, with a six iron, swing path of + 8  to + 11. Attack angle with six iron roughly +2. After four weeks of K-VEST drills, her swing path had moved to +2 to +4. Her attack angle had shifted to -2. When I told her, our daughter was thrilled with the improvement and couldn’t wait to see how the results would translate onto a golf course.

Unfortunately, it is winter where we live. The good news, though, is we were scheduled to travel to warmer weather and play some golf. 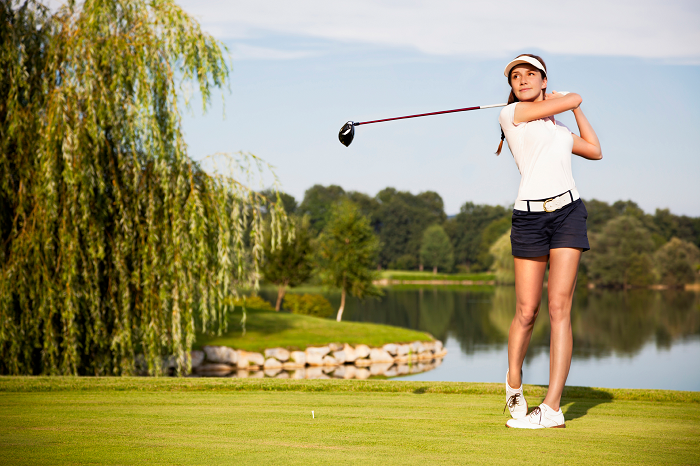 Taking it to the Range and Course

The first session on the range outdoors was scary at first. Our daughter couldn’t hit the ball at all. A quick conference with the local pro (who knows her well) led to an obvious conclusion: because our daughter’s path had moved, she had to adjust the club face position, which was now too closed for the new swing. Twenty minutes later, our daughter had made the adjustment and was hitting beautiful draws with everything from a wedge to a driver, a huge smile on her face and a bounce in her stride.

The next morning, we went out to play. Before the trip, our daughter’s best scores on regulation golf courses laid out for adults were clustered around 91, with no round better than 90. On the second hole, when I saw her hit her tee shot into a landing area that she never could have reached before, I made note of it and smiled. Round 1 of the trip, she shot 90, tying her best round ever. Round 2, she shot 90 again. Round 3 was a new personal best of 88, and she was super-happy to have finally broken 90. Heading into round four, I was a bit nervous; from experience, I knew it was not uncommon for a golfer to shoot a bad score after a career round. Worse still, the weather had turned cold and rainy. The greens had become super quick. I was actually relieved when she went off to play with her mother while I played with her siblings. Round 4… my daughter shot an 83.

These early results are promising, and our daughter, her coach, and we all look forward to seeing how Player #1 continues to improve and develop as a golfer. Clearly the biofeedback training in K-VEST 7.0 and K-PLAYER has had an impact already. One thing that is certain is that our daughter now sees a direct connection between what she puts into her golf and what she gets out. She enjoys practicing more and insists on using K-VEST as much as possible.